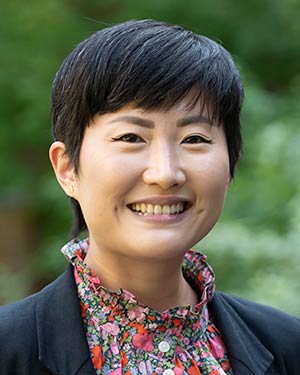 Born and raised in Taiwan, Barbie discovered her passion for acting in 2003 as an exchange student in Eugene. After earning her Bachelor’s degree from the University of Oregon, she received her Master of Fine Arts degree in Acting from Southern Methodist University in 2014. Wu’s scholarly interests are focused around contemporary plays written by playwrights from the BIPoC and LGBTQIA communities, and her classes on acting and directing will highlight this material. She is a resident artist at Artists Repertory Theatre and was featured in the titular role of The Chinese Lady, other ART credits include Today Is My Birthday Audio Drama, Better Maybe, Magellanica Audio Drama, A Doll’s House Part 2, Everybody, and Magellanica. Her other credits include The Break (Long Distance Affair, a co-production of Juggerknot Theatre and PopUP Theatrics), Renaissance: Technically! (Portland Center Stage) , The Wolves (Portland Playhouse), A Midsummer Night’s Dream (Anonymous Theatre Company), The Mermaid Hour (Teatro Milagro). Wu believes theatre should be a vehicle of social change and will always strive to manifest that belief in her work.