Reed’s new Performing Arts Building, which opened in September 2013, represents a major step forward in the college’s commitment to the important role the arts have played throughout Reed’s first 100 years. For the first time in Reed’s history, the departments of music, dance, and theatre are housed in one building that includes rehearsal and performance space, offices, scene and costume studios, collaborative spaces, and a multimedia lab. 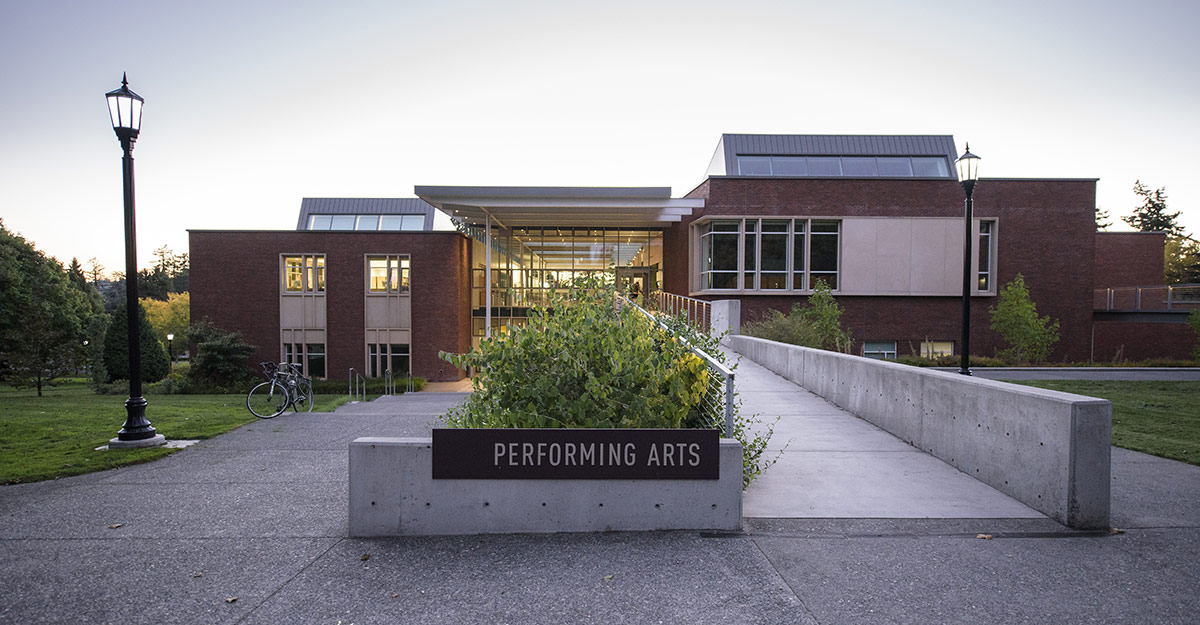 Opsis Architecture of Portland and Fischer Dachs Associates of New York worked extensively with members of the Reed community in designing the 80,000-square-foot building. The design process focused on creating a facility that would be academic, student-centered, welcoming to the community, and collaborative. Main access to the building is through glass doors into the Atrium, a large open space filled with natural light that invites gatherings both impromptu and planned. Performances are staged in either the 99-seat black box theatre or the 180-seat studio theatre. The plans provide for the eventual addition of a 450-seat proscenium theatre.

Performing Arts Building at a Glance

Video of the ceremonial groundbreaking