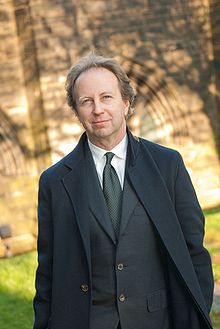 The Stephen E. Ostrow Distinguished Visitor in the Visual Arts Series brings Joseph Leo Koerner to the Reed campus. Koerner is the Victor S. Thomas Professor of History of Art and Architecture at Harvard and is best known for his work on German art. Koerner has organized teaching exhibitions at Harvard on Early Netherlandish Painting, German Renaissance Art, Pieter Bruegel, and Netherlandish Prints 1550–1675. At the Austrian National Gallery in 1997, he curated a retrospective of the work of his father, the painter Henry Koerner. In 2002, he collaborated with Bruno Latour and others on the exhibition Iconoclash: Beyond the Image Wars at the Center for Art and Media in Karlsruhe. He wrote and presented the three-part series Northern Renaissance for BBC Television, as well as the feature-length documentary Vienna: City of Dreams, which premiered on the BBC in December 2007. Winner of the Jan Mitchell Prize for the History of Art in 1992, Koerner is a member of the American Academy of Arts and Sciences and the American Philosophical Society. He is also a Senior Fellow at Harvard's Society of Fellows. Koerner received the 2009 Andrew W. Mellon Distinguished Achievement Award.

Listen to the lecture