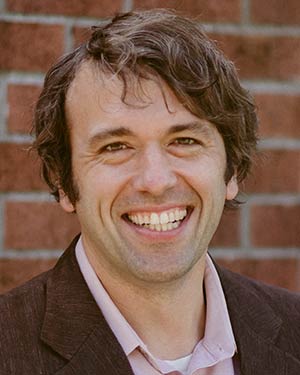 Paul Manson conducts policy research on two primary areas: local election administration and public perspectives on disasters and climate change. These two areas overlap in the United States as they represent roles we leave to local government, without a strong national coordination function. Approaching this research requires an interdisciplinary approach. While Paul’s training is formally in public administration and policy analysis, he draws on sociology, economics, and political science to research these two areas. He is also the Research Director for the Early Voting Information Center here at Reed. His elections research focuses on understanding how and why local election administrators chose to serve the public as election officials. These officials in the US are largely women, and over half are elected to their position. Yet they have not been a focus of research.

Paul’s disaster research focuses on community responses to predicted or potential risks, with a focus on what motivates them to prepare for recovery in advance of disaster events. Paul is also currently exploring national attitudes towards climate policy proposals. Using national surveys, Paul and colleagues seek to understand what predicts possible support or opposition to a wide array of adaptation and mitigation strategies. These research areas draw on both quantitative methods including survey administration, and qualitative methods including interviewing practitioners.

Paul graduated from Reed in 2001 in anthropology and then pursued a Master of Public Administration before joining the private sector as a consulting environmental planner. After a decade as a professional planner, he returned to academia. Paul holds a Public Affairs and Policy PhD from the Mark O. Hatfield School of Government at Portland State University. Outside of academic life Paul has also served on commissions participating in local land use decisions and local government oversight committees.